Difficulty
Moderate - Indian Valley Trail can be overgrown in spots, may have to bushwhack if coming by entrance to main tarn valley. Not too bad elevation gain coming from hanging valleys but steep descent/ascent into va
Connects With
Indian Valley

My plan this year was to camp at Ship Lake and then the next day see if it was doable to go into the valley that housed all the tarns you can see from the Bird Ridge Overlook. My thinking would be the bushwhacking in Indian Valley would make the going hard so I wanted to day hike just in case. I never found the time, and since this past weekend I only had time for an overnighter, my revised plan was to take the Indian Valley Trail and head to the beginning of the pass. If it looked undoable, I’d hook a left and go to Ship Lake (which I love!).

Talk about timing! At the top of the pass were 4 women doing the Ship/Indian traverse and one knew the area really well. She told me to head back a few yards and head up this ridge that led into a hanging valley. Once up in the valley, I just had to take a saddle over into the tarns. The going was easy, albeit uphill, and probably shaved off an extra hour of hiking (she did tell me that coming into the valley proper was doable).

The hanging valley consists of two levels. The lower level has 2 creeks running thru it and is camp suitable on the north side. However, the upper valley is much better with a narrow tarn (not shown on the topo maps) and plenty of soft tundra to set up your tent. Since my allergies were kicking in, I decided to camp here and check out the other tarns over the saddle after dinner. I’m glad I did. You couldn't ask for a better spot! The views were endless and 360, and since I was off trail, I knew the chances of someone else showing up were pretty slim.

After dinner, I easily made it to the saddle where I saw a great view of all the tarns on the valley floor. There are also 2 cirques on the other side with lakes as well. The valley floor looked mostly wet but there were a few dry “islands” to put your tent. You can get down to the valley floor, but be aware it will be steep (it looked about 1/2 the effort of Ship Lake’s). I didn't go down (because I didn't want to go back up) but I walked the entire ridge line and then circled around the upper valley heading above the tarn where there is a cascade whose source is mainly underground springs.

Except for the Indian Valley part of the trail, this was a great overnighter. Someday, I plan to spend 2-3 nights and really explore the valley, possibly after heading further north and into North Ship Creek Valley (Grizzly Bear Lake).

It's hard to describe which ridge to climb to get up into the hanging valleys (going up the middle would be very boggy and seriously add to the elevation gain). As you head into Indian Valley proper, you’ll be on a knoll with the creek just below you. You’ll head down into a hollow and cross the creek. At this crossing, turn around, the ridge in front of you is the one you want to go up. You’ll know you’re on the right one if you see a weather station on the other side.

See my description of Indian Valley and be prepared for post-holing early season and overgrown, possibly bushwhacking late season. When the trail is overgrown, be bear aware and make a lot of noise.

The Glen Alps Parking Lot requires a $5 parking fee (bring exact amount). The price for an annual parking pass is $40. You can purchase a pass at the Federal Building at 4th and F or the Atwood Building on 7th and E, 12th Floor.

A big shout out to the lady who helped me find my way.

Two cool things I saw coming down Turnagain Arm to get to the trailhead. One was a pod of beluga whales, something I've wanted to see since I moved here. Another thing was a eagle with actual prey in its mouth. 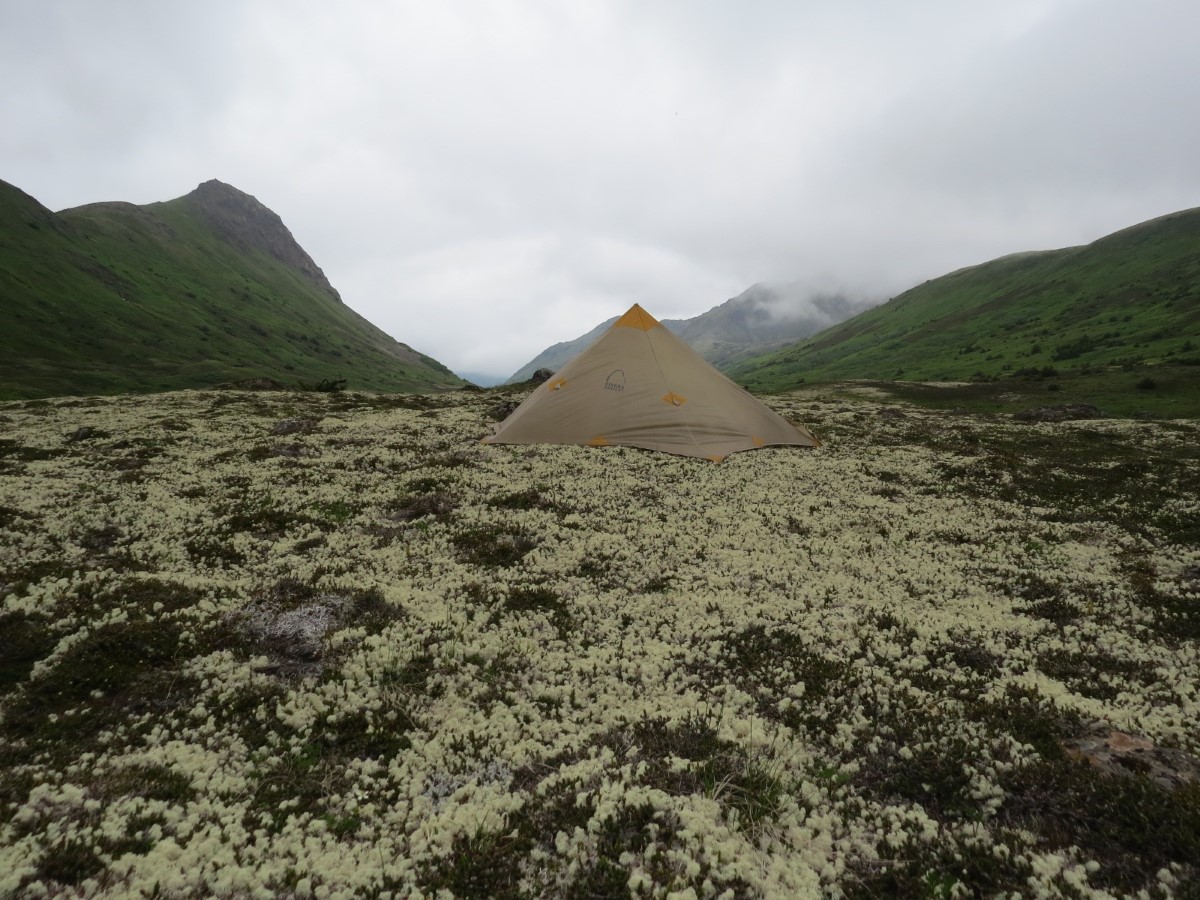 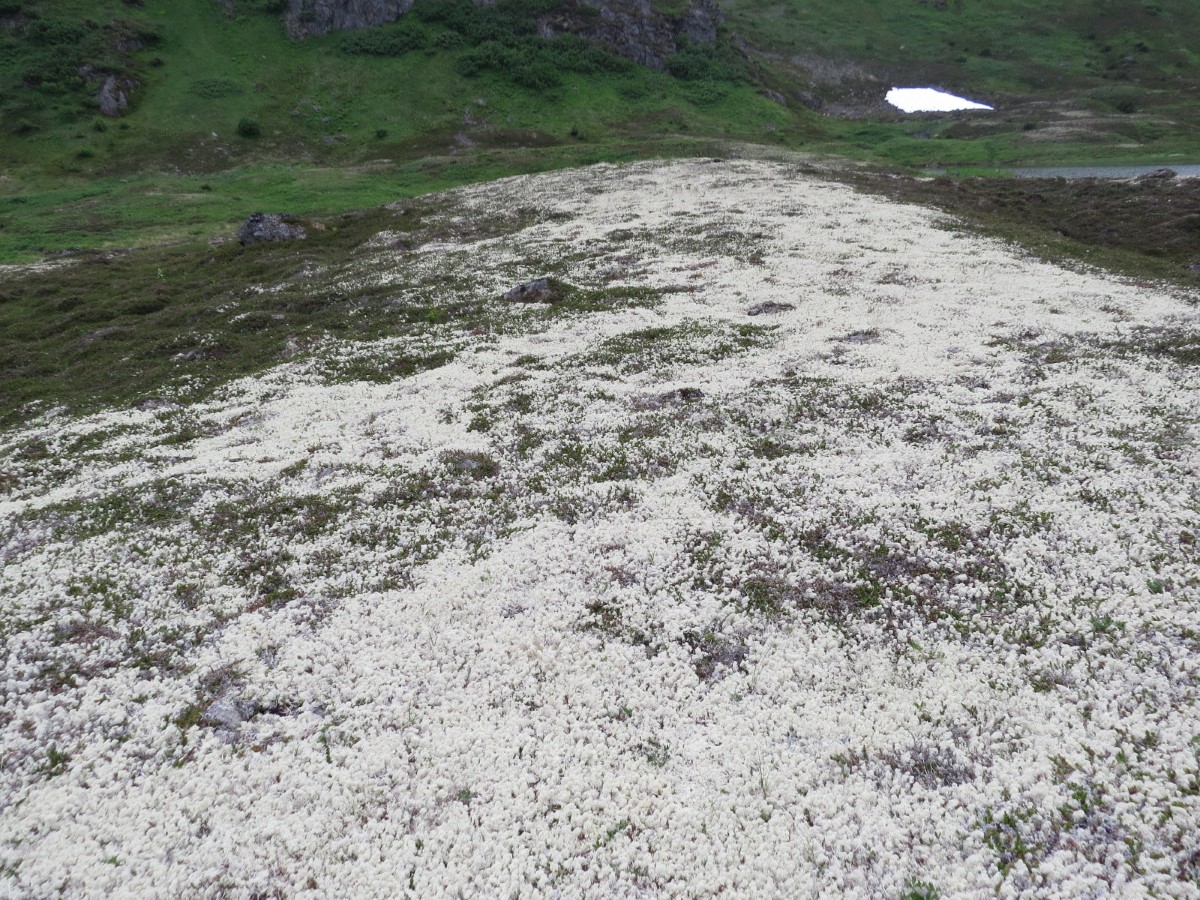 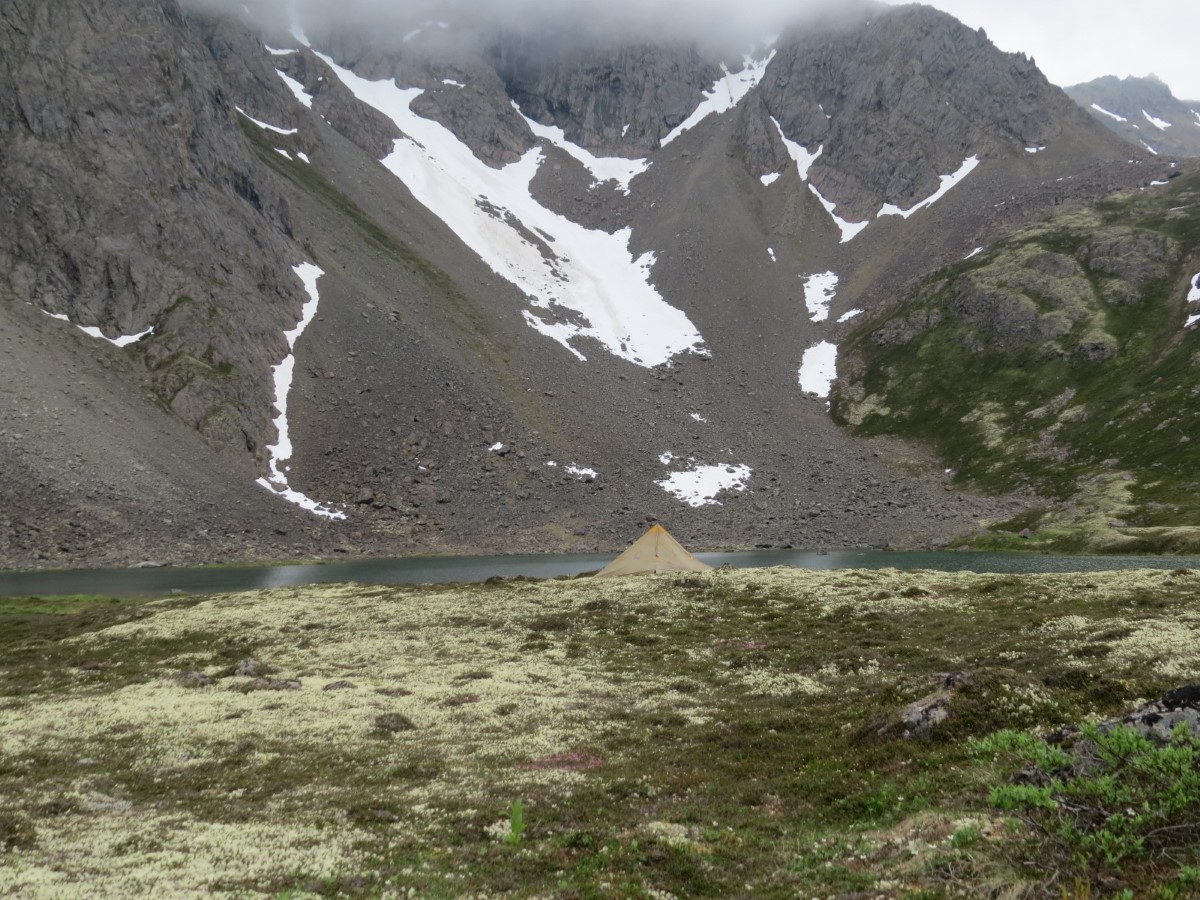 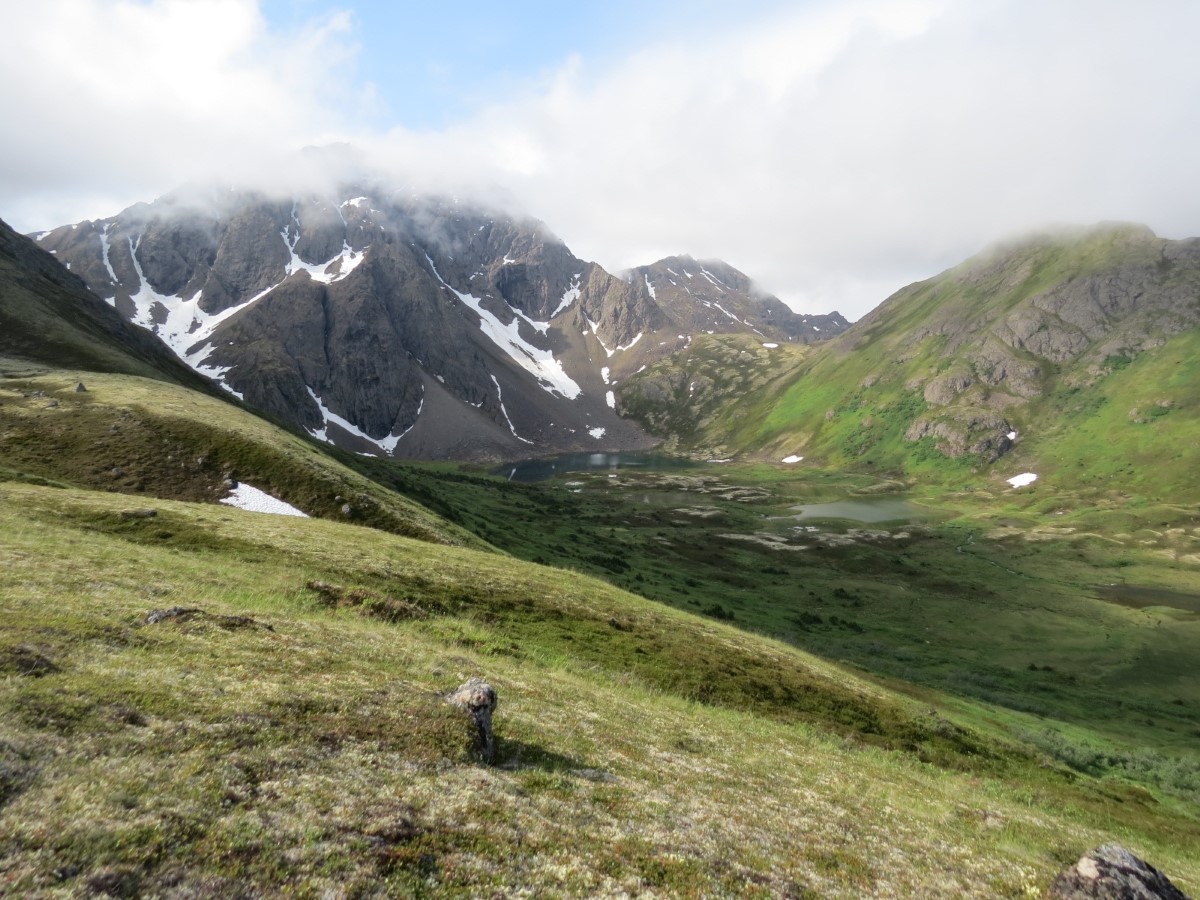 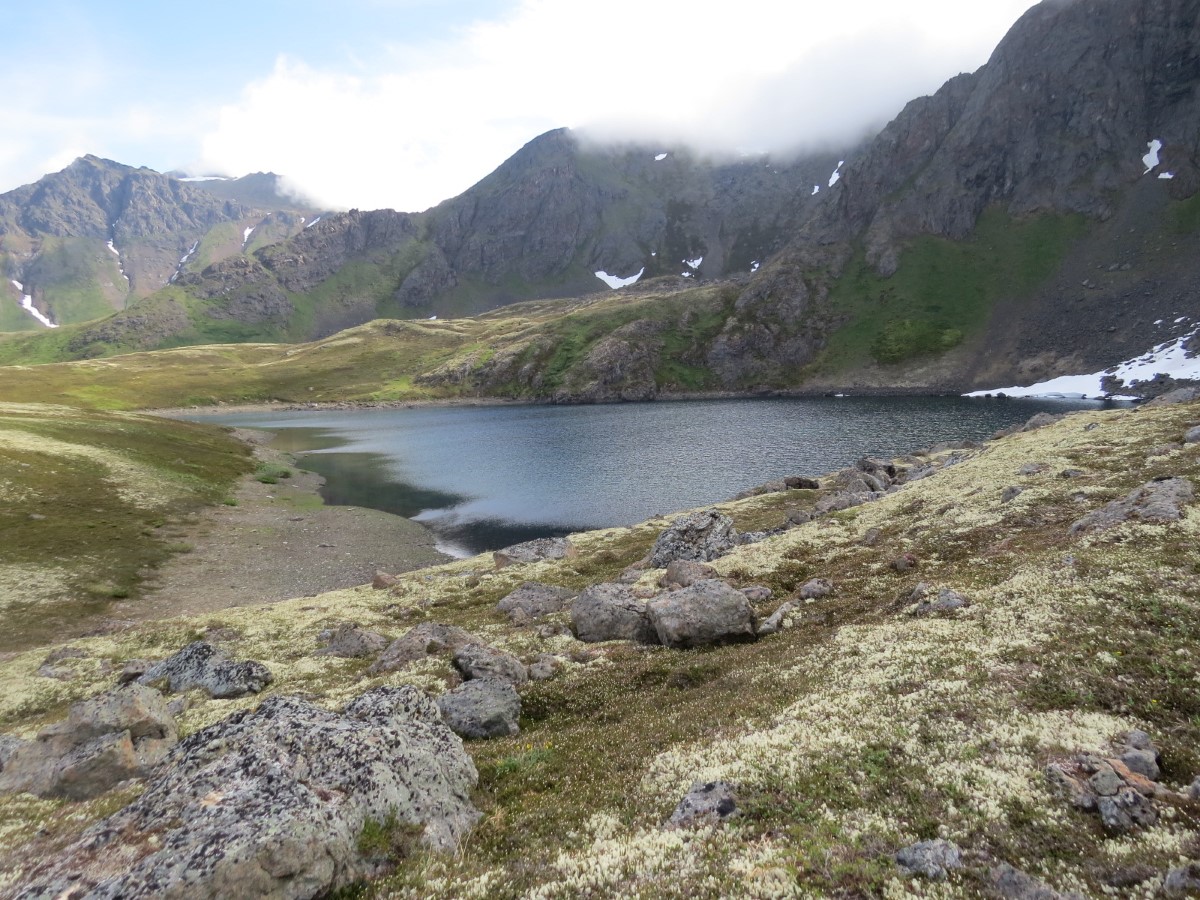 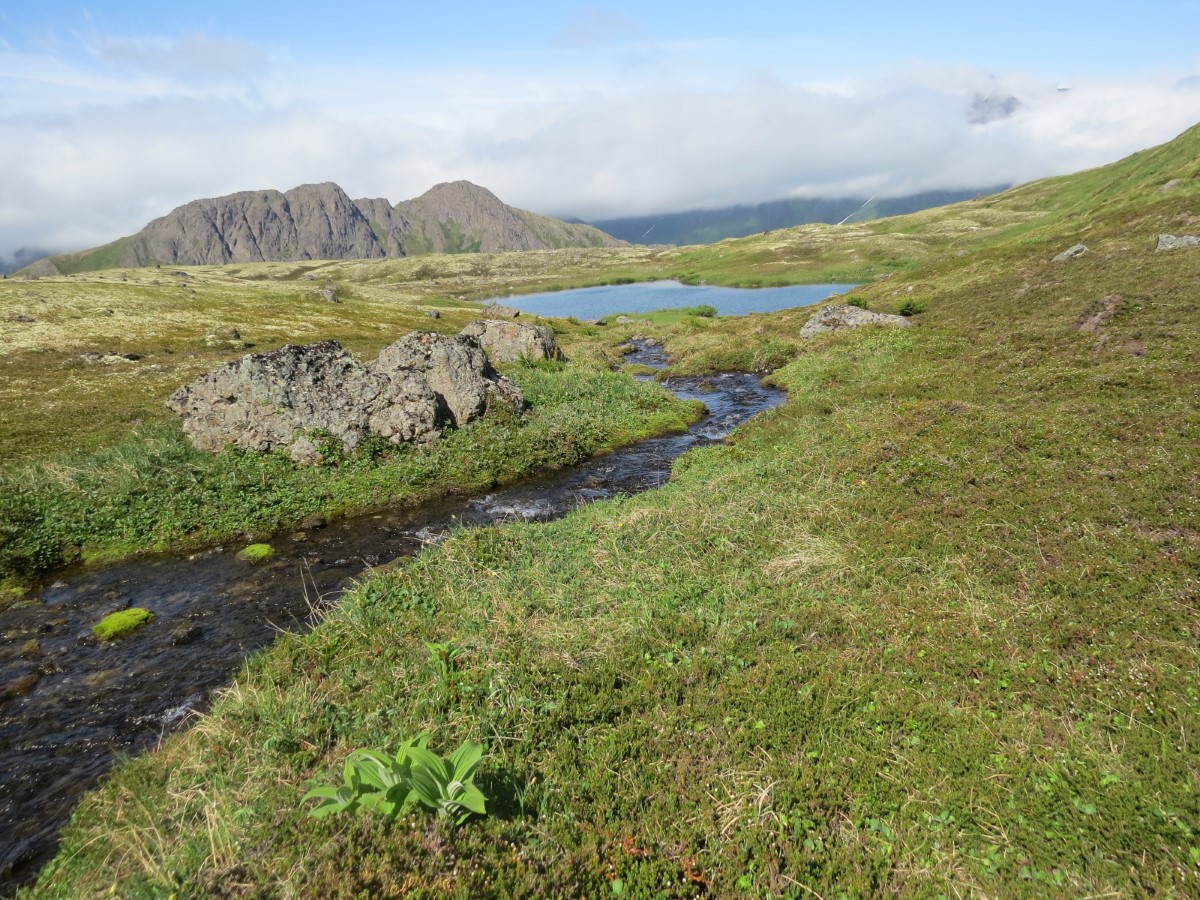 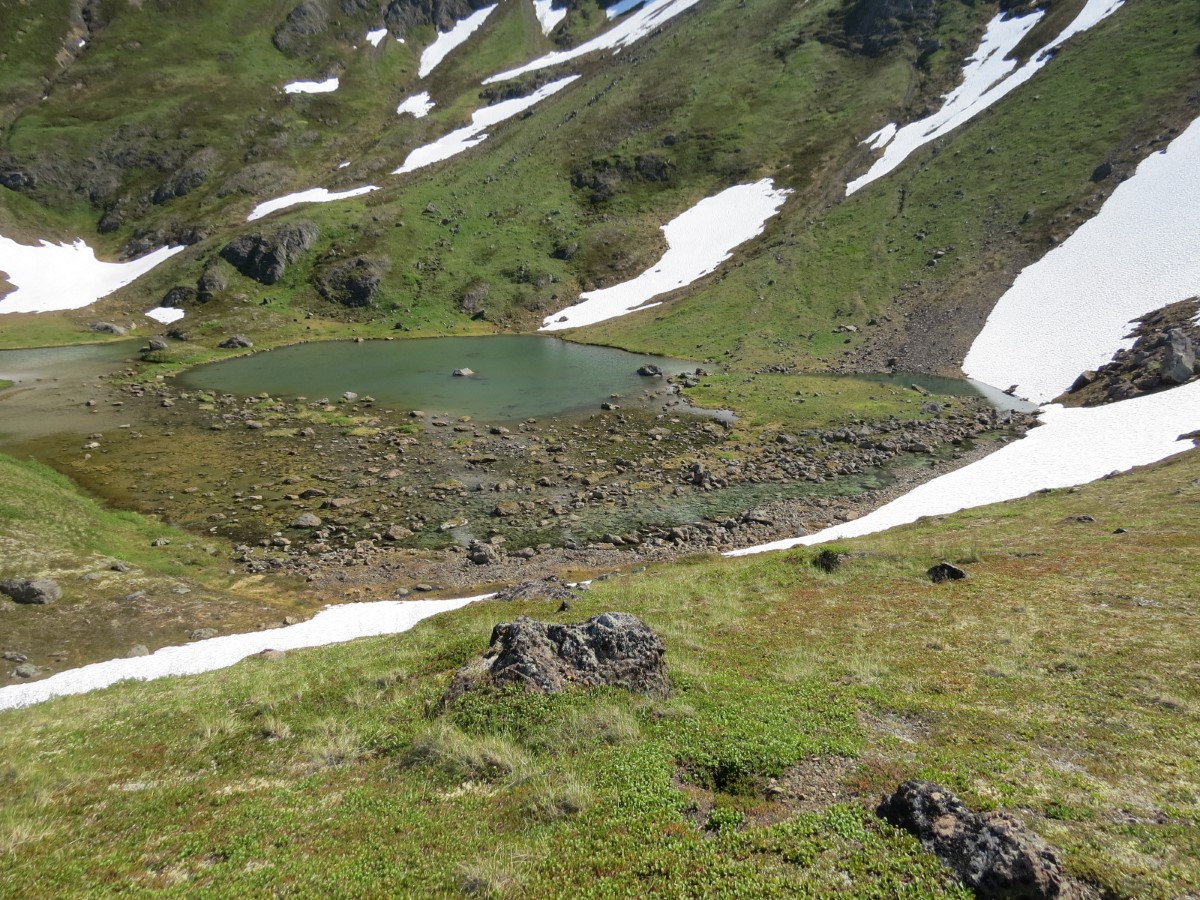 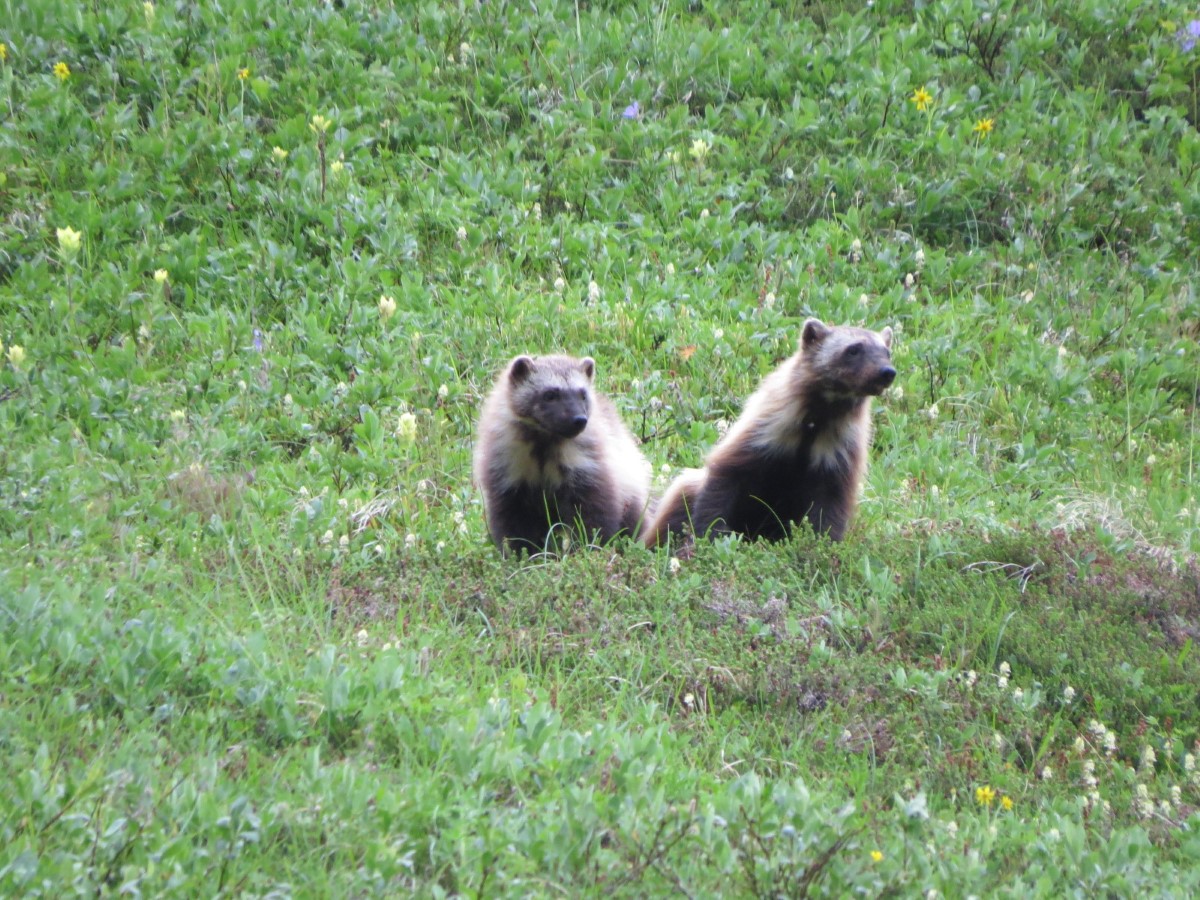 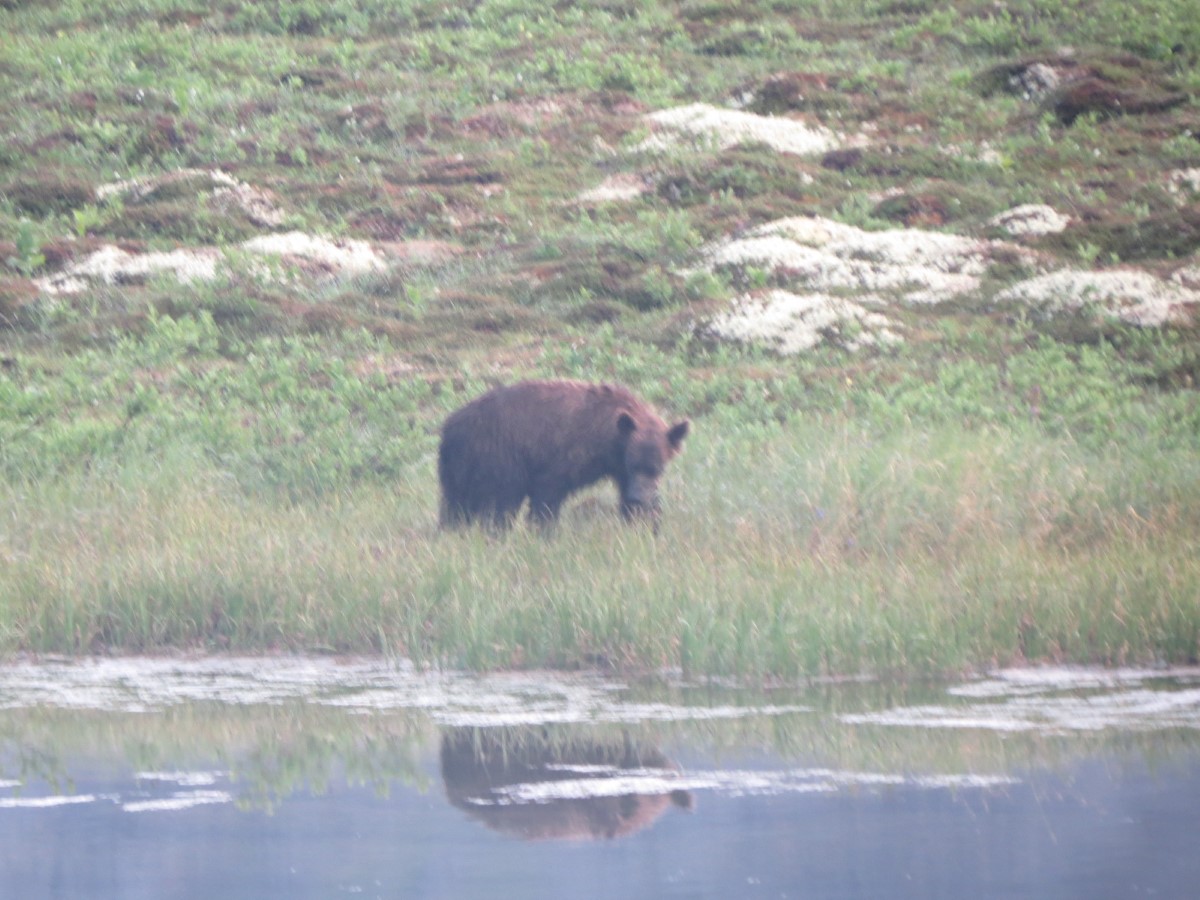 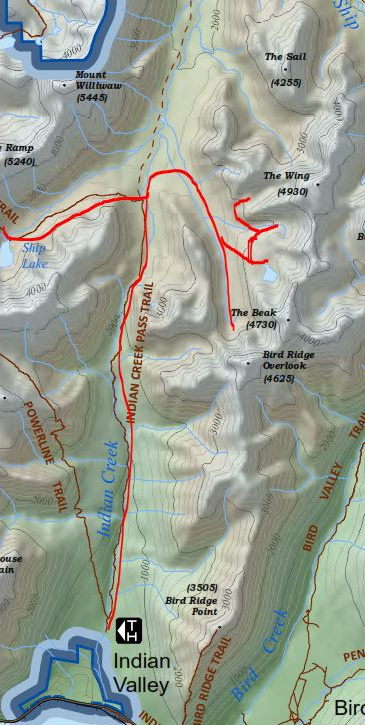