After Dan submitted Baldy to me last year, I've been itching to check it out and proceed further on to the other mountains nearby. I finally had a chance last weekend to check some out.

This was a relatively easy hike and I'm really glad I did it. Black Tail looks really intimidating from a distance but I was up by the rocks in no time. As you go up, The views are really spectacular and you can really see into the glacial valleys that comprise the Eagle River area. Besides that, you have great views of Knik Arm and if it had been sunny when I went, Denali and the Alaska Range, Sleeping Lady and Cook Inlet. When you get to the top, there are really great views of Mt. Magnificent and Round Top in the clefts of the big rocks on top.

If you live in Eagle River, this is a must for an after work cardio. For East-siders in Anchorage, this is definitely better than Flat Top and a lot quicker to get to. I'm really discovering that the north part of Chugach State Park has a lot more to offer than just Eagle and Symphony Lakes.

I would have continued on to Round Top but between the scree, ominous clouds, and foolishly forgetting to tell someone where I was going that day, I decided against it. Later when I was rambling around the tundra in front of Black Tail, I could see that there would be a sharp descent before going back up to the ridge of Vista.

The most common approach is to first summit Baldy, then continue along the ridge to Black Tail.

There is no water near any of the trails. There is a small, boggy tarn off in the valley below the mountain that would be adequate for your dog but would need filtering for humans. There would be a good chance of it being empty if we were having a dry summer.

There are some minor parts on top that require careful footing. Pay attention!

The trailhead for Black Tail is the same as for Mt. Baldy, found at the top of Skyline Drive in Eagle River. A new parking area was built in 2009 that can accommodate many more vehicles than previously. 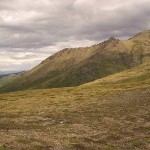 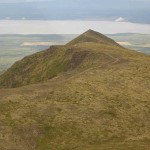 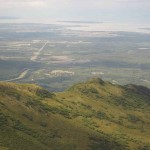 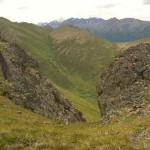 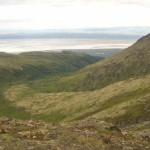 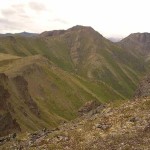 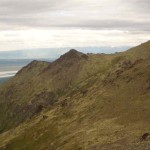 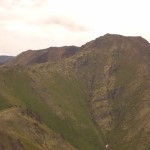 Distance
2.5 miles
From Anchorage
15 miles
Season
May to September 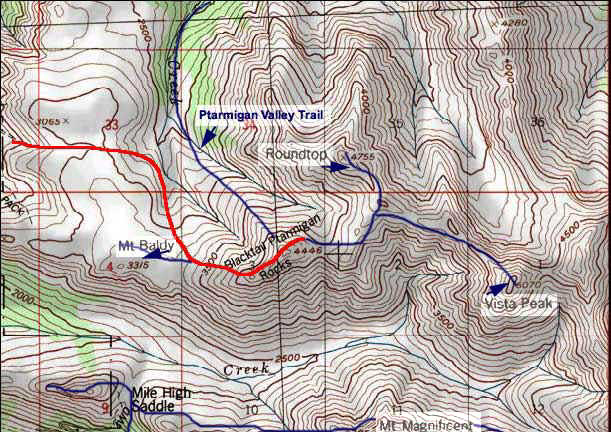