In 2000, the first time I did this trail, I did it too soon in the season. It took me 2 hours to go 2 miles as I kept sinking thigh deep into the snow. I was able to find one bare patch of ground near the lake to set up my tent. The lake (this is early June we're talking about) was frozen solid. Four years later, with no snow on top, I redid this hike and it was definitely worth the second chance.

The first time I did the trail I came to the lake by way of Carter Lake Trail. It was very steep at first but it is was over quickly and then the trail flattened out. Since I wanted to see the entire trail the second time I came to the lake from the Crescent Creek Trail side and then took the Primitive Trail to the other side of the lake. After dinner, I took a quick jaunt to Carter Lake to get some unfrozen pictures. The Crescent Creek Trail is longer by about 3 miles but the elevation gain is very gradual. The first few miles are through forest as you walk along the cliff edge of Crescent Creek.

If you’re going to do this hike, I recommend doing it between mid-June and mid-July. The reason I say this is that the chief attraction is the Primitive Trail and you want to get on it after the snow melts and before the brush gets too high. The trail follows the perimeter of the lake as it curves around Right Mountain (the lake looks more like a "U" than a crescent). The time I went, it was not windy at all and it was beautiful to see all the mountains reflected in the surface of the aquamarine water.

There are two cabins, one in the middle of the Primitive Trail and one at the end of the Crescent Creek Trail. Each has a rowboat.

The fishing is great up here with a good chance to catch grayling. A family I met up there while I was setting up the tent caught 12 of them. You can fish in Carter Lake as well.

You can bike either trail to the lake but you are not allowed on the Primitive Trail, which means you cannot make this a traverse.

Day hiked to the lake yesterday from the Carter Lake side, the first time since my post-holing experience back in 2000. Needless to say, it was a lot more pleasant. Round trip to the Crescent shore took less than 3 hours. The trail is a bit overgrown, but nothing inhibiting. This would be a nice hike for families with children 8-12.

Important direction tip: as you near Crescent, you will see a wooden sign telling you left is for the Primitive Trail/Cabin and right for camping. Take the right and head to the shore. There are small trails to get to anywhere you want on the small rock beaches.

I checked out the designated campsites along the way. Jeez! Why would anyone use them. I know in the lower 48, you have to keep your site hidden from everyone, but this shouldn't be the rule up here. Find a nice flat space somewhere along the lake shore. There's a bit of nice tundra at the very top of the "U", as well.

To rent one of the cabins, go to Recreation.gov for more info.

I didn’t see any bears when I went up but I sure did see a lot of bear scat.

If you have two cars, it is worth the time to do the entire traverse. However, there is a long dirt road into the Crescent Creek Trail trailhead so your chances for catching a ride back if you go it alone are slim.

There is one designated camping area on the Primitive Trail about 1 mile west of the Saddle Cabin. What looks to be a better place to camp would be a grassy outcrop -you can’t miss it; it looks like a semicircular lawn with some small boulders- about 2 miles from the Carter Lake Trail side.

Warning! There are sections of this trail that are highly susceptible to avalanche. If you are going in the winter or if you know there is still a lot of snow up there, check with the ranger station in the area for avalanche warnings. However, do not take this as the final word; you still need to be avalanche aware.

If you plan on fishing, make sure you are educated about licenses and regulations. 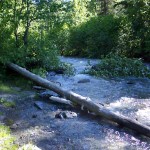 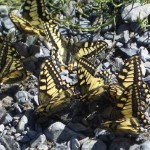 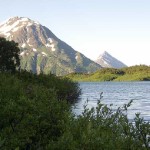 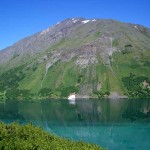 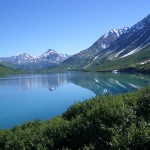 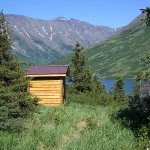 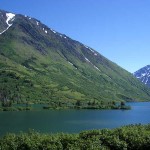 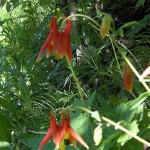 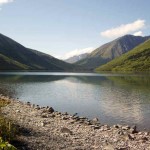 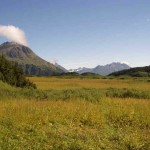 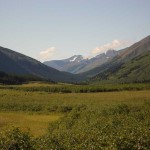 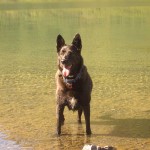 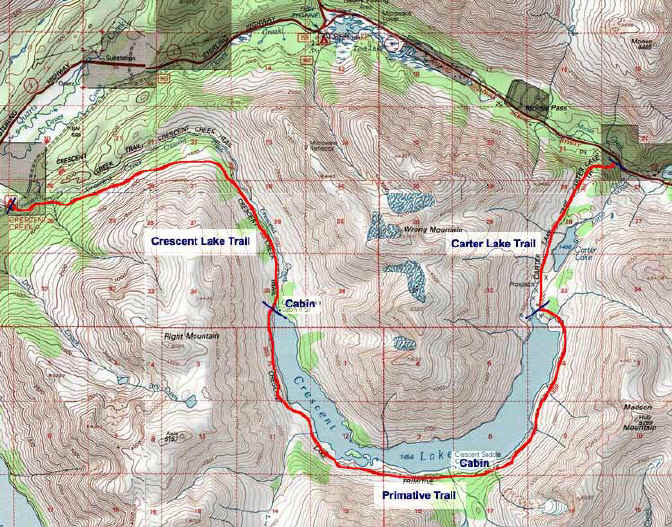