July 12, 2005 - I hiked a total of 5 hours to reach the summit of Government Peak and back. I started my hike from the parking lot at mile 17 on Hatchers Pass Road, which is on the right about 2.5 miles past the Gold Mint Trail trailhead and the Mother Lode Lodge. This year they started a parking fee of $5.00 a day to pay for recent road improvements and new campsites. From the parking lot, I headed southeast across the road to find a partly overgrown trail that leads down the embankment on the other side to an old cabin and then to Fish Hook Creek. I followed the trail down the creek short distance until I saw pink flagging on the far side that marked a wide and shallow ford.

Once on the other side of the creeks I started to climb straight uphill to get through the high brush. From there I continued up until I reached the first peak in the ridge that connects to Government Peak. This was the most strenuous portion of the hike because of the steep elevation gain of approximately 1,500 from the Creek in less then a half mile. To add to the difficulty, the trail ends at the creek and I had to push through brush until reaching open slopes. However, once I reached the top of the first peak I was able follow the ridge line to the south with much ease. The trail conditions varied from slippery rocks to open moss as I dropped into a saddle of 300 feet and up to another summit. From this summit Government peak was visible across a smaller saddle. My final ascent to Government Peak was rocky but easily managed with some caution. At the top there is a tripod and registry which is signed by climbers going back several years. Also a solar power weather station sits anchored to the ground just under the peak.

I consider myself to be in good shape and did not find this considerably difficult, except the beginning climb did take some effort. I have heard of several ways to get to the summit of Government Peak such as starting from Summit Lake or lower elevations south and east of the peak. From the information I have gathered the route I took was considered one of the easier paths. The cautions I have for people would be use common sense, bring a compass and be prepared for a long day hike in any type of weather; many times I have seen blue skies turn to rain and hail quickly in the Talkeetna Mountain area. 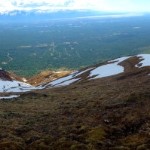 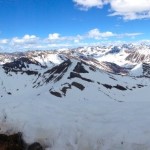 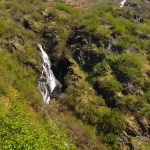 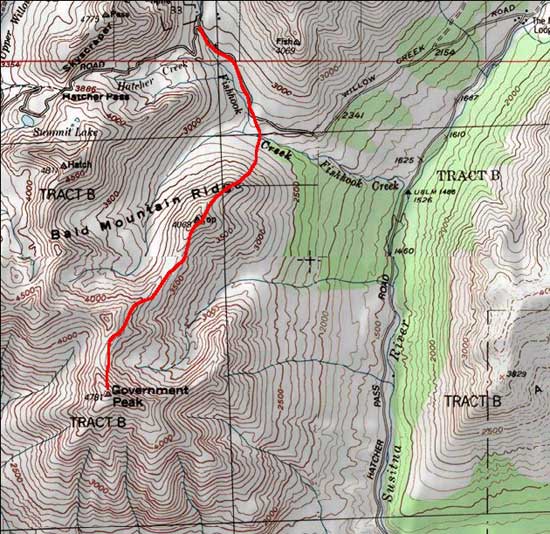