I've been wanting to explore this area all summer of 2006 but the Chugach Gods were against me. Memorial Day weekend, I backpacked to Long Lake with the intention of base camping and doing all 4 peaks. Unfortunately, the wind was fierce and it just wasn't safe to be up there. I tried to do a long day hike in August, but was rewarded with fog as thick as pea soup. Visibility was so bad, I actually became disoriented as to where my actual location was.

One Saturday in late September, I knew I wouldn't have time for them all, but I at least wanted to get one so I headed out to tackle Knoya. While many people access these peaks by going over Near Point, I believe you will save a lot of time by using The Dome trail.

Getting to the Dome was easy and I steadily made my way over the small hills to the final ridgeline up to the peak. While it wasn't at all difficult, it is long and I was surprised how late it was when I finally made it to the peak. This is a hike you definitely want to start early, especially if you're going to try to tackle all 4 peaks in one day.

The scenery is beautiful and 360°. You'll also get a lot more solitude as most people would not be into the schlep to get here. You literally could roam around up here for days and never hit the same spot twice.

Surprisingly, there were still ripe blueberries for the picking.

Knoya is in military lands. You will need to get a permit to hike there and let them know.

Be careful on the narrow ridgelines. Pay attention to your feet and step carefully.

Once you pass Campbell Creek, there is absolutely no water anywhere unless early in the season and snow is still on the ground. After the Dome, there is a mostly dry tarn that has a few puddles for your dog to save on your supply. If you plan on being up there all day, better bring extra rations.

The Prospect Heights Parking Lot requires a $5 parking fee (bring exact amount). The price for an annual parking pass is $60. You can purchase a pass at the Federal Building at 4th and F or the Atwood Building on 7th and E, 13th Floor. 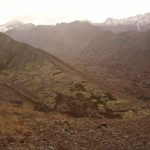 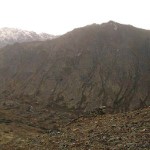 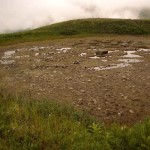 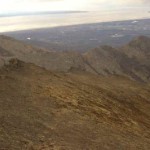 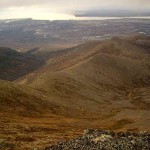 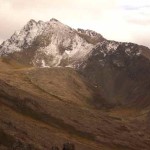 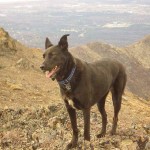 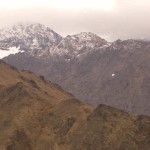 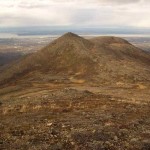 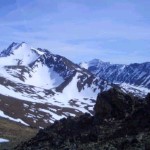 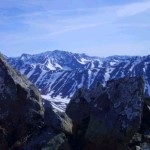 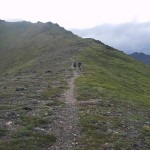 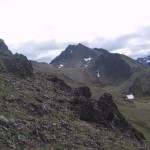 Distance
8 miles
From Anchorage
In town
Season
June through October (be avalanche aware if there's snow!) 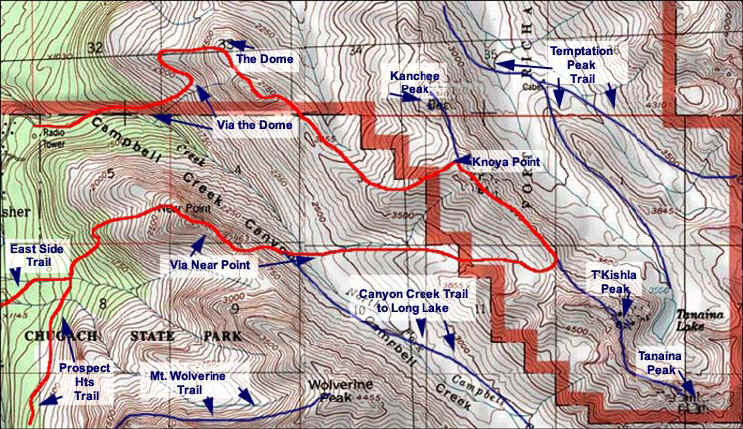