I followed the book "50 Hikes in Alaska's Chugach State Park", hike #43, two summers ago with my friends Will and Julie, on a nice July day. Penguin gets a huge snow load and still had snow covering the actual peak. I stopped at the microwave relay station on the upper ridge. I have heard the avalanche danger is huge in the winter, so I would not attempt until June. You park down Konikson road, in Bird, right after the old Bird Creek parking area. After briefly following the old jeep road for about a half mile you take a right (follow the book's instructions) and then start heading up, steeply, then very steeply. The trail is rough, and in a tunnel through thick brush for awhile.

Eventually you get to very nice steep meadows, still deep in the main gully, but eventually opening up to a few false ridges. Finally you gain the main ridge. You get awesome views over the ridge if you scurry over towards the edge, looking over to the Arm. The other side of this ridge is extremely steep. You see this avalanche zone when you drive the new highway section with the passing lanes. From the ridge you hike east, now in alpine tundra and rock. You can either head towards the weathered relay station (pretty cool to me, maybe obtrusive to some), or veer left and head to the actual peak a 1000 feet higher. Not as much for views compared to Bird Ridge, until you get to the upper ridge, but still a neat hike. Great views of Bird Ridge itself. I would recommend this for a nice change of pace from Bird Ridge because it has similar length, end altitude, views from the top, and steepness. I saw a few other people, so that is why I gave it the remoteness level and solitude I did, but you don't see a quarter as many as on Bird Ridge on a nice summer day.

Weather unpredictable on top and there are bears in the valley. Pretty steep for young kids, I would guess. I have a feeling a early June start could involve a lot of postholing up the gully that makes up two-thirds of the hike. 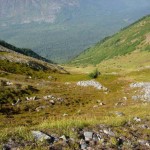 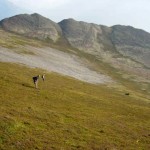 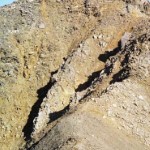 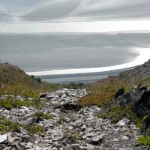 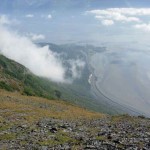 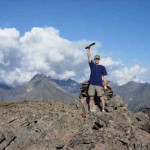 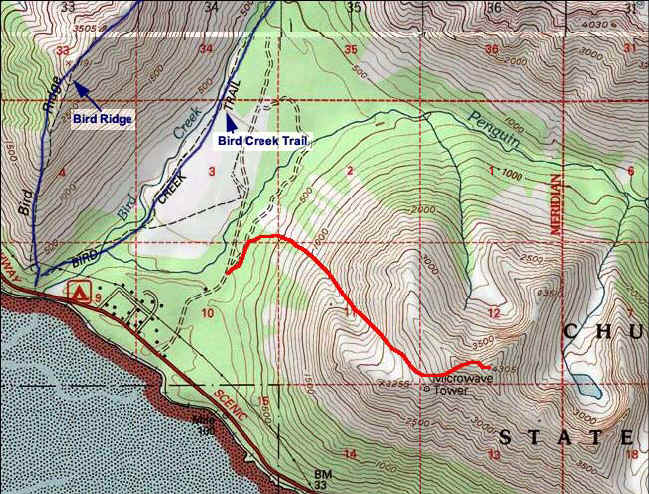