The hike to the Suicide Peaks can be done by either taking the Rabbit Creek trail or McHugh trail.

If you take Rabbit Creek, simply go straight for five miles in the valley, passing Flat Top, Peaks One, Two, and Three, and Ptarmigan Peak, all of which are on your left. The Suicide Peaks come in to view after the first mile or so, but it will take a while to get to them.

If climbing North Suicide (the one on the left), simply pick a path and climb it straight up. It will be a scramble in the summer and your biggest challenge will be fighting the scree up it. To descend, either go down the way you came up, or descend to the saddle (the middle point between North and South Suicide). Climb up South until you reach an obvious couloirs just below the "Thumb", a pointy rock sticking from South.

At this point, you are so close to the summit of South you'd might as well continue for the 15-20 minutes to the summit of it. Either way, to descend, down climb the couloirs all the way down to the bowl. Follow the Rabbit Creek trail back to the car from there.

If you take the McHugh trail, it leads virtually to the summit of South Suicide, and you gain almost 5,000 feet of elevation since it starts on the Seward Highway at sea level. It is more of a hike than a climb, but still poses some challenge.

If you are going for a true experience, I'd suggest braving the elements and climbing one or both of these peaks in the winter. You get a big mountain feel, and they are beautiful peaks to stand atop.

In the summer, one must deal with never ending scree slopes, but they remain popular and are climbed often.

If you do it in the winter, bring an ice ax, crampons, etc. It gets steep and somewhat hairy at times, but is nothing the average climber can't handle.

Don't walk too close to the edge of the Windy Gap, as there are overhanging cornices which can be deceiving from above.

In the summer, Rabbit Lake (at the base of the Suicides) is an amazing place to camp out. It offers spectacular views of the Suicides, Ptarmigan, Homicide, as well as the entire McHugh Valley. 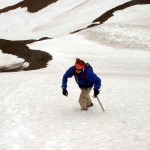 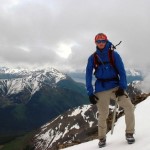 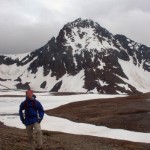 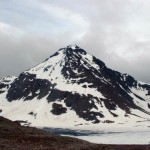 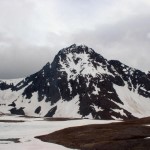 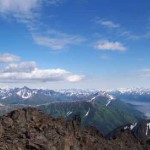 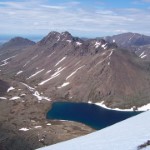 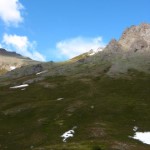 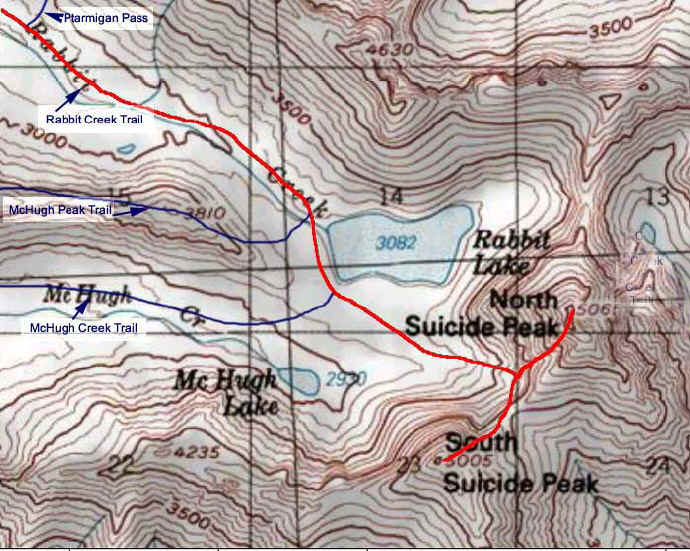